MBNL is the joint venture of mobile networks EE and Three UK. By working together, Three and EE are able to enjoy substantial savings which they are able to reinvest in to the improving of their network. MBNL ensures that both EE and Three customers can make and receive calls wherever they are and browse the internet without interruption. The brief was to create a breakout space with kitchenette just off the main reception. This space would be used for impromptu meetings as well as an area where staff could gather for food and drink. This meant the space had to be multifunctional, serving both as a dining area and a usable space to collaborate.

Active started the project by collecting a selection of pictures and samples to create a concept board to present to the client. From this we worked collaboratively with MBNL to establish the look and feel they wanted for the space.

3D visuals followed to show MBNL how the space would look when completed, this allowed MBNL to voice any changes or additions they wanted to make before the final plans were put in place.

In order to achieve its multifunctional purpose Active used the flexible “Kite" table system, allowing the tables to be moved and positioned for different purposes.

A green bespoke counter was positioned around the perimeter of the room to be used by mobile workers. This gave them access to charging ports, Wi-Fi and a space to perch and catch up on work whilst on the go.

The use of a range of vibrant colours throughout the space represented the bright colours seen in MBNL's ribbon, whilst contemporary vinyl flooring added practicality.

If you would like to find out more about our service and how we can help your business, please call us on +44 (0)845 130 9066 or email info@activeworkplacesolutions.co.uk 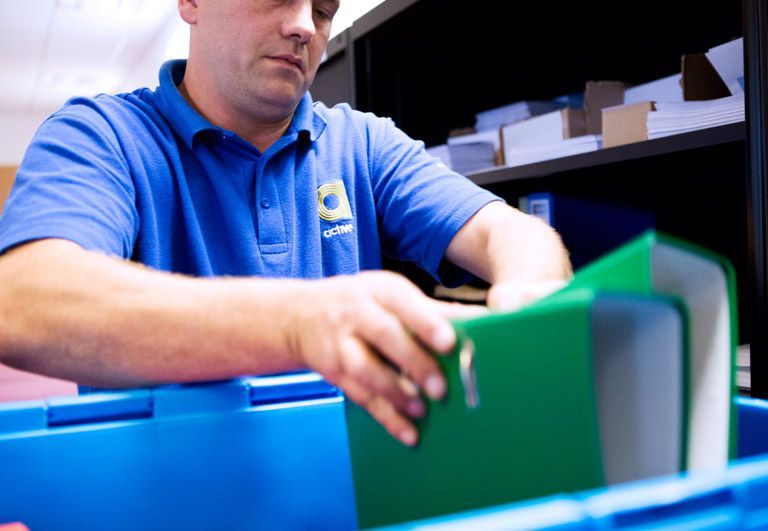 The Church Of England

The relocation of 200 church staff to temporary accommodation over a weekend and back again for the General Synod in York every July. 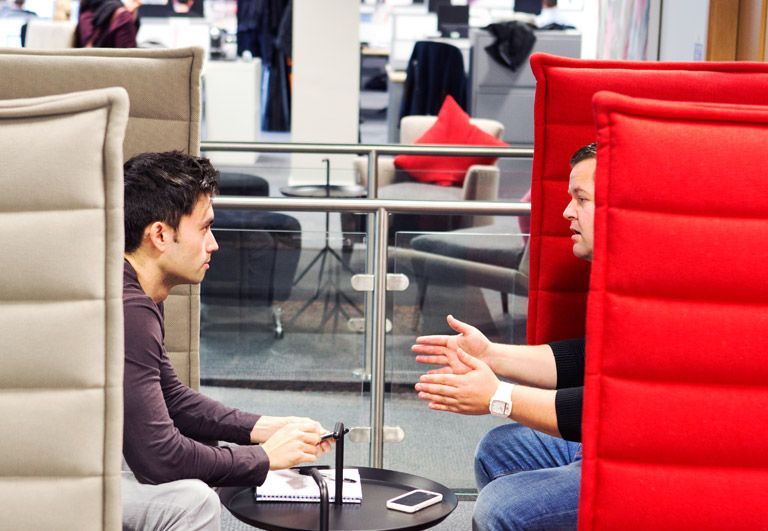 Channel 4 needed to refurbish its London HQ and then relocate 1,300 members of staff into it while making sure there was no downtime. 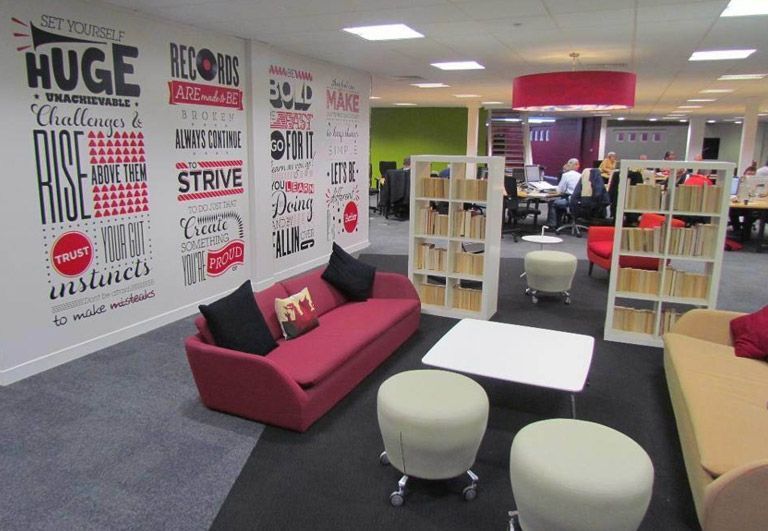 Creating a centre of excellence that would embody the Virgin ethos of enjoying work and the environment in which you work. 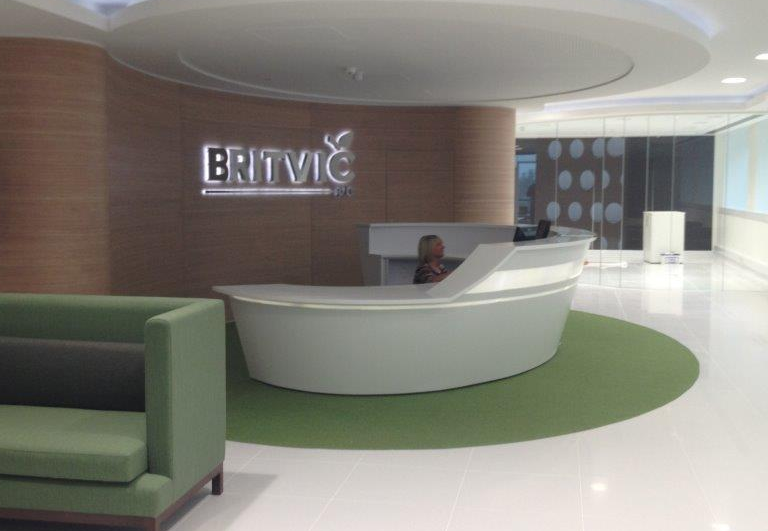 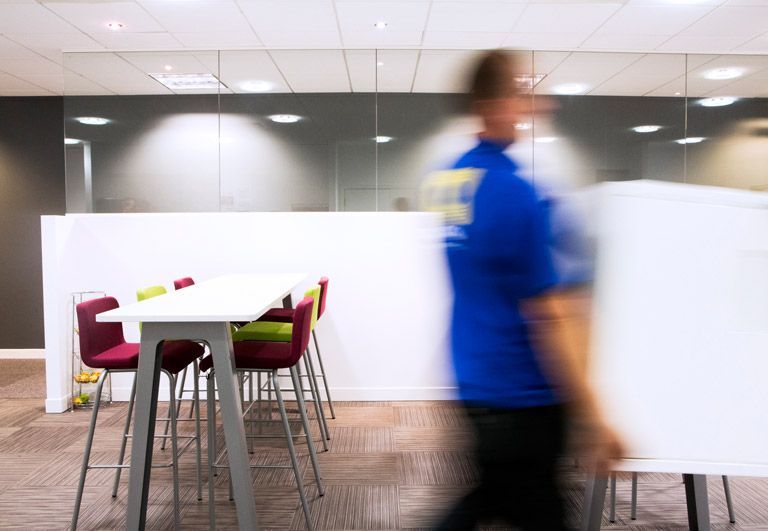 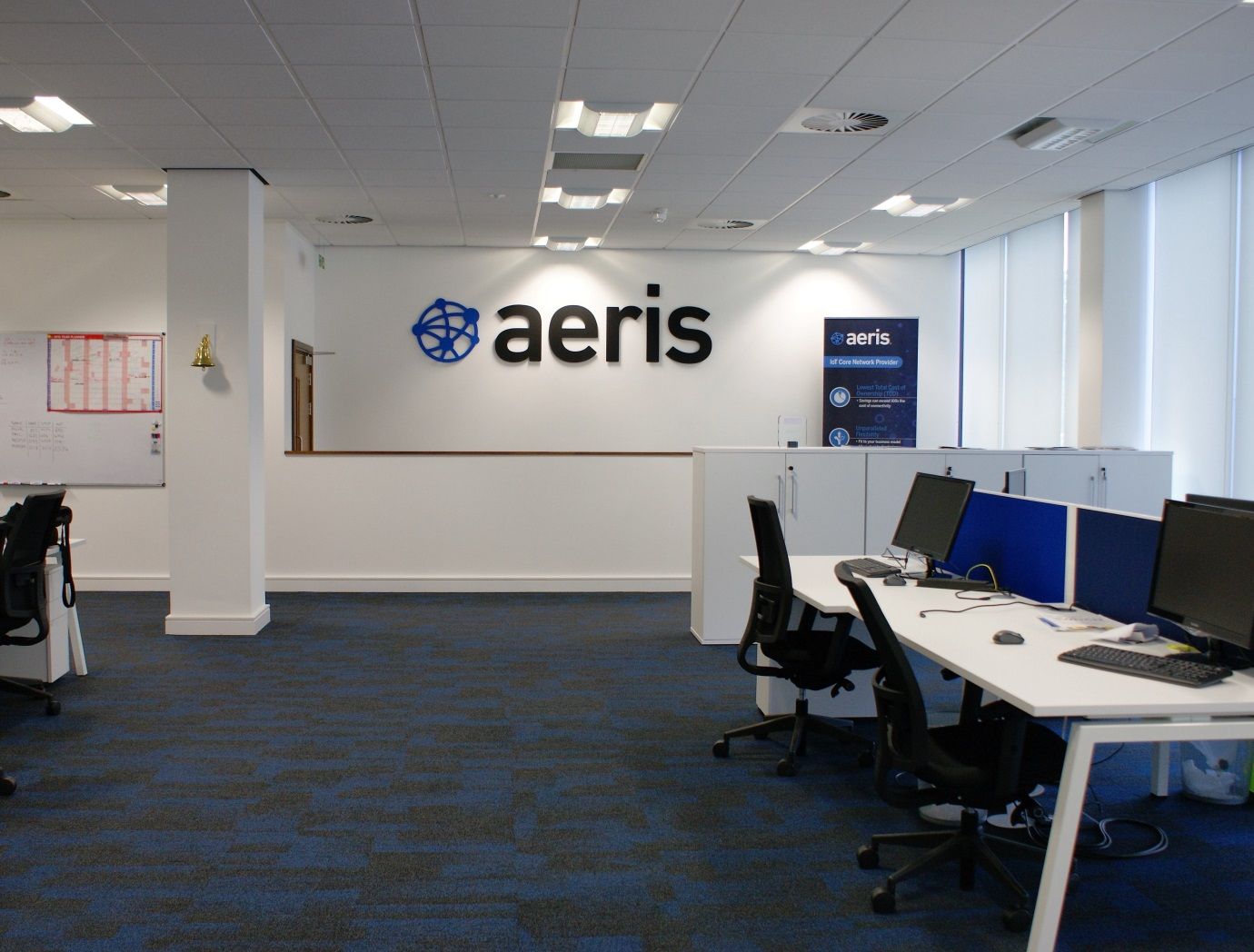 Active Workplace Solutions were tasked with the complete design and fit out of Aeris’ new Reading premises. 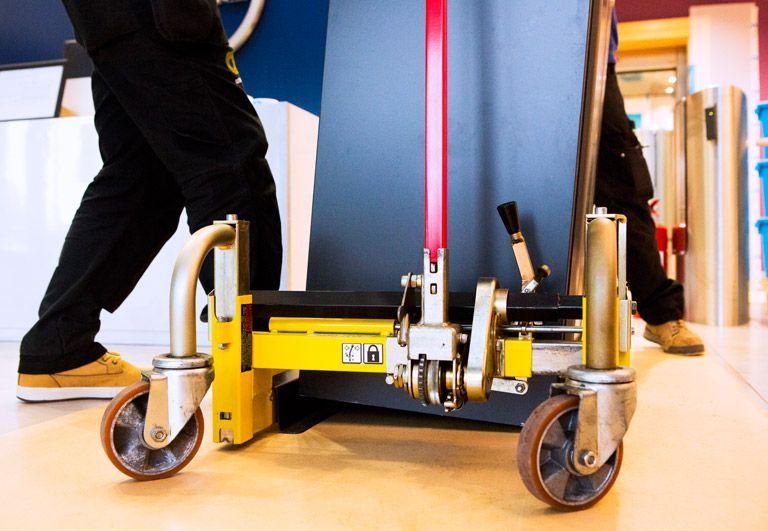 The CWGC needed to move over a KM of physical records and files with limited swing and storage space. 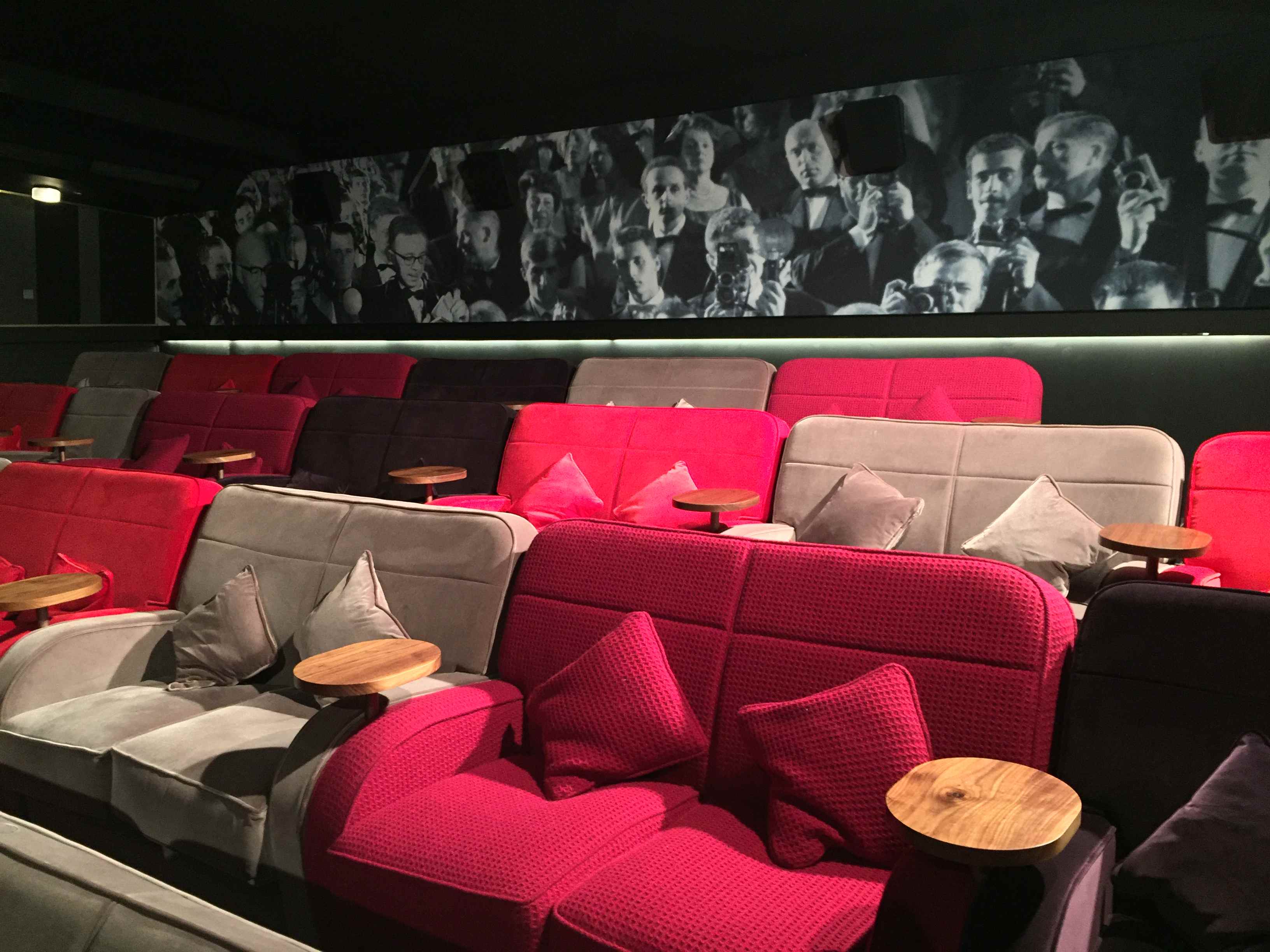 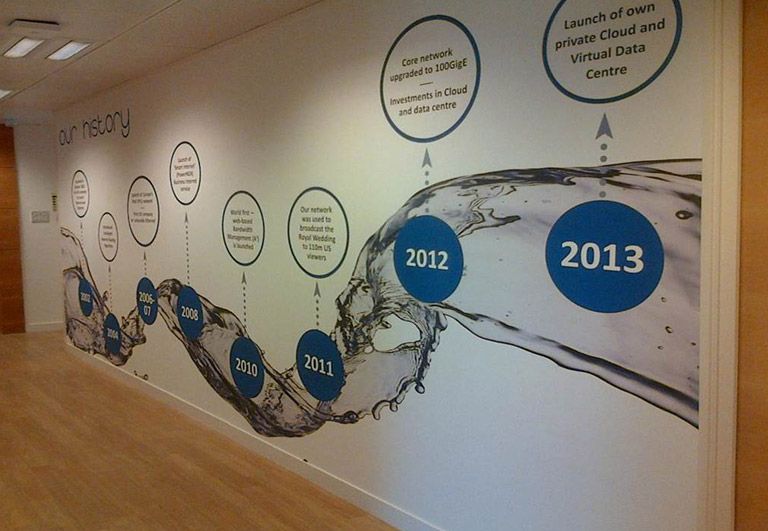 When Exponential-e decided to relocate their office in Aldgate they brought in Active Workplace Solutions as third party contractors to manage the 170 staff move.

The refurbishment of two floors in its Central London offices, requiring the relocation of 300 staff members outside office hours over a four-phase, five-month time frame. 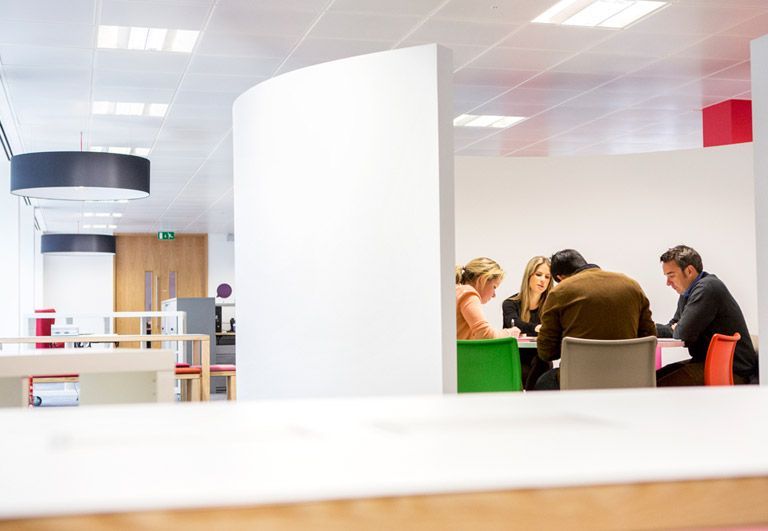 GSK had an extensive list of health and safety and workplace compliance-related projects to complete and needed an expert in the field to accommodate them all. 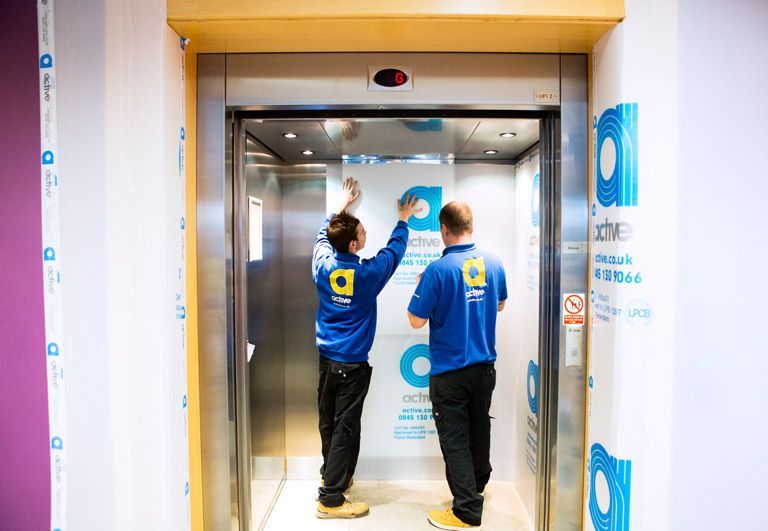 Innocent needed to move its growing company from one west London location to larger, cooler premises. 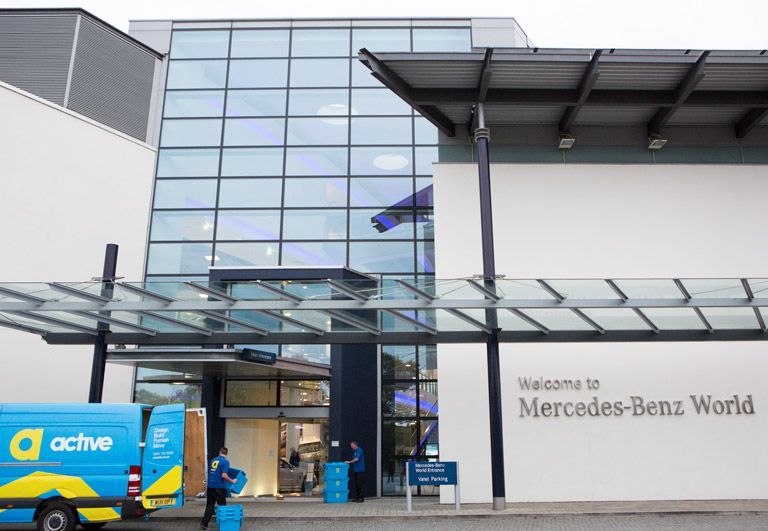 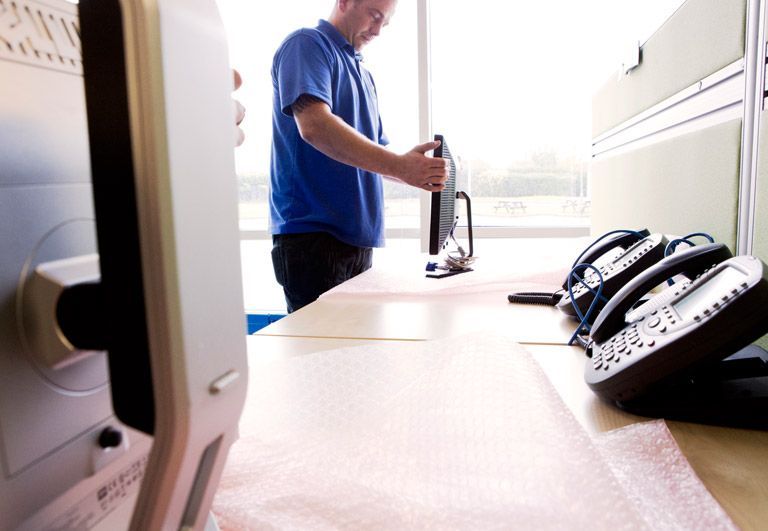 Motability needed an adaptive and co-operative facilities management company that could work alongside its fit-out contractor on its office rebuild and fit-out project. 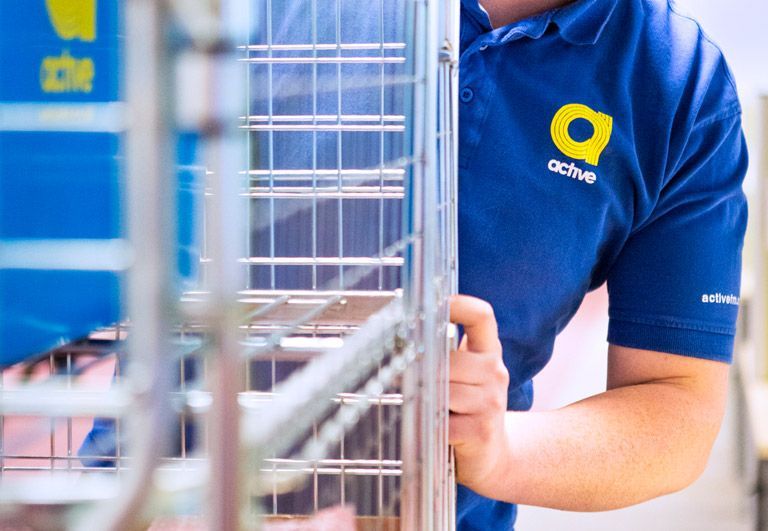 Consolidation all their highly confidential and high-security-risk archives and bulk filing from 25 satellite offices into their new office in Piccadilly. 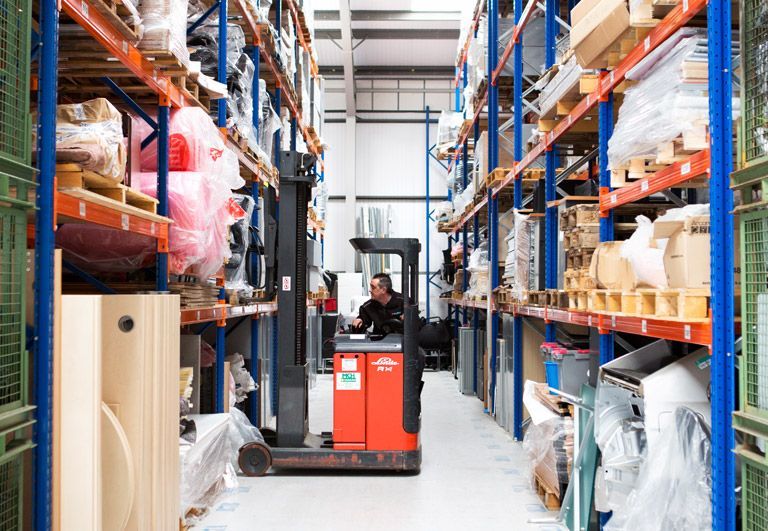 NETGEAR needed to move to temporary accommodation while the team looked for a building in which to locate their new UK and Ireland headquarters. 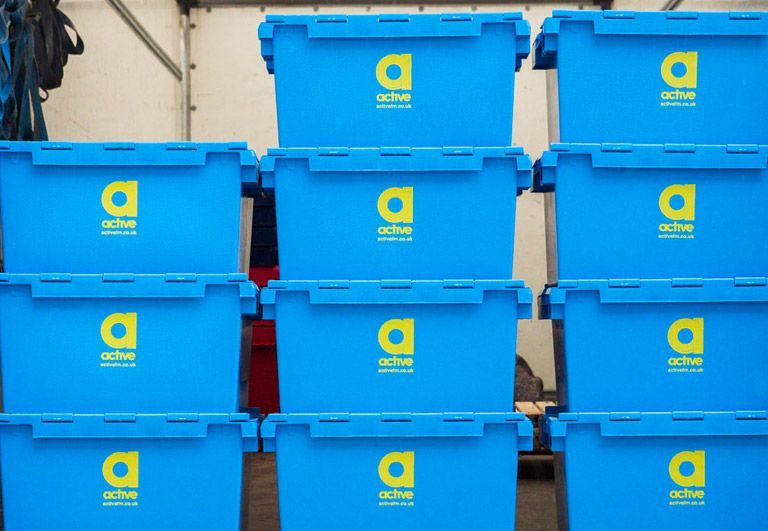 The six week project involved the downsizing of three units at their South Street premises to two and opening up these areas to bring together PACT's two community projects. 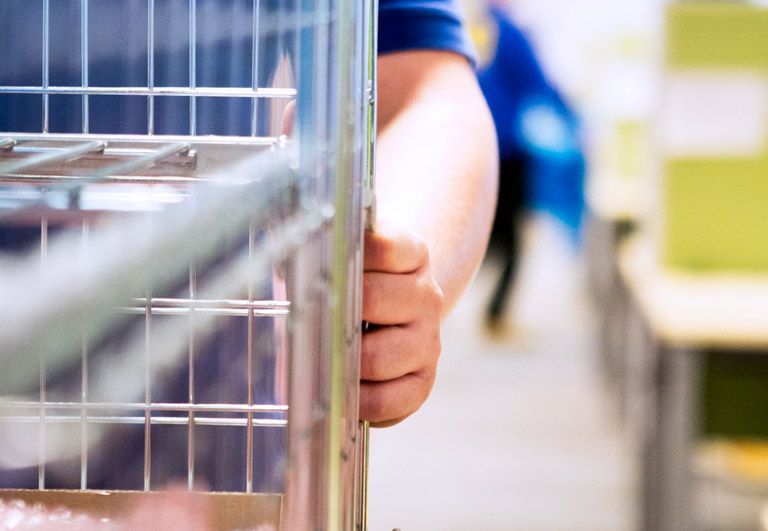 Between July and October Sony undertook space consolidation projects to vacate floors at its Basingstoke and Weybridge offices. 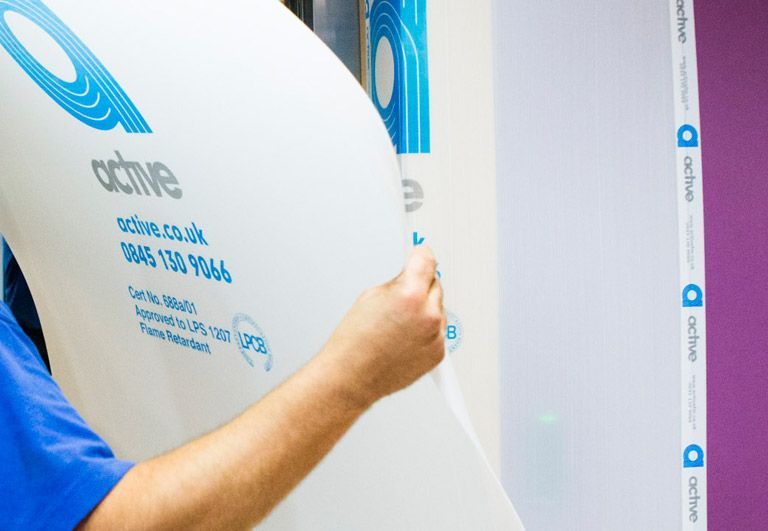 The University College of Estate Management

Active Workplace Solutions was contracted to complete the full office relocation over a 7 day period. 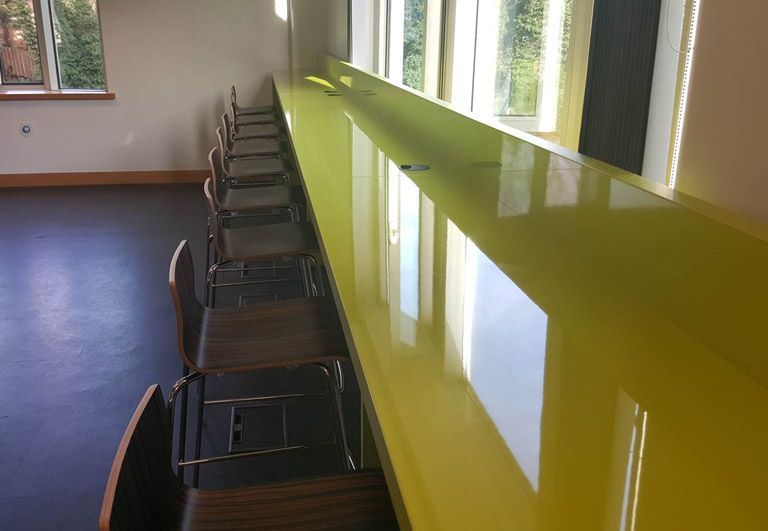 HRG needed to move 100 employees from one office to new, larger premises. The move needed to take place overnight to ensure that downtime was limited. 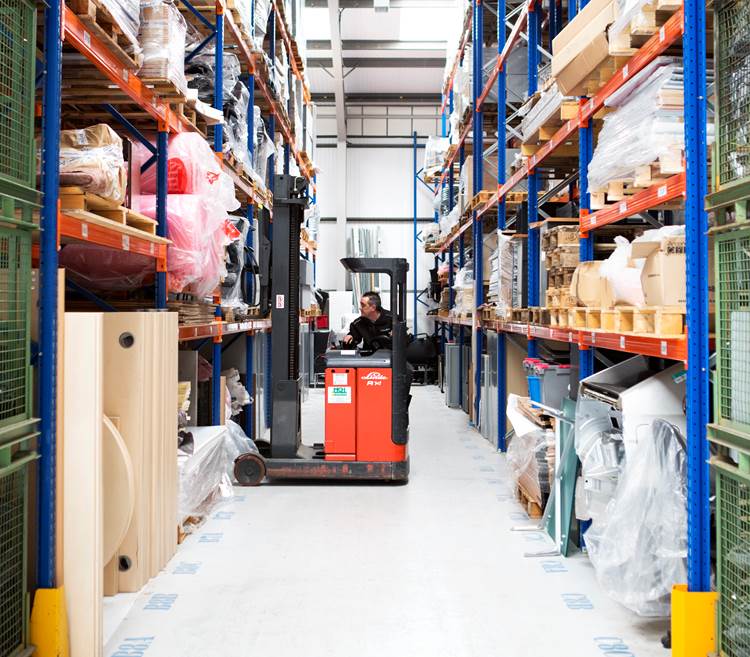 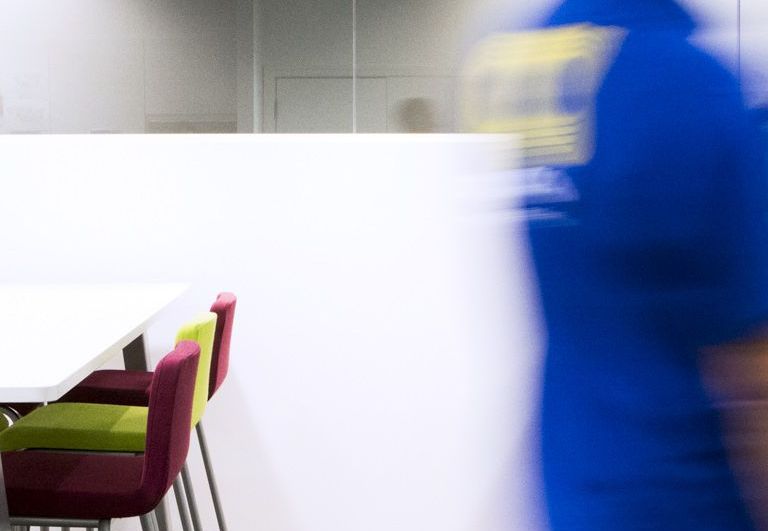 When BINDT decided to relocate from their office within the University of Northampton to a building requiring extensive fit out works, Active Workplace Solutions were successful in their bid to provide a complete turnkey solution. 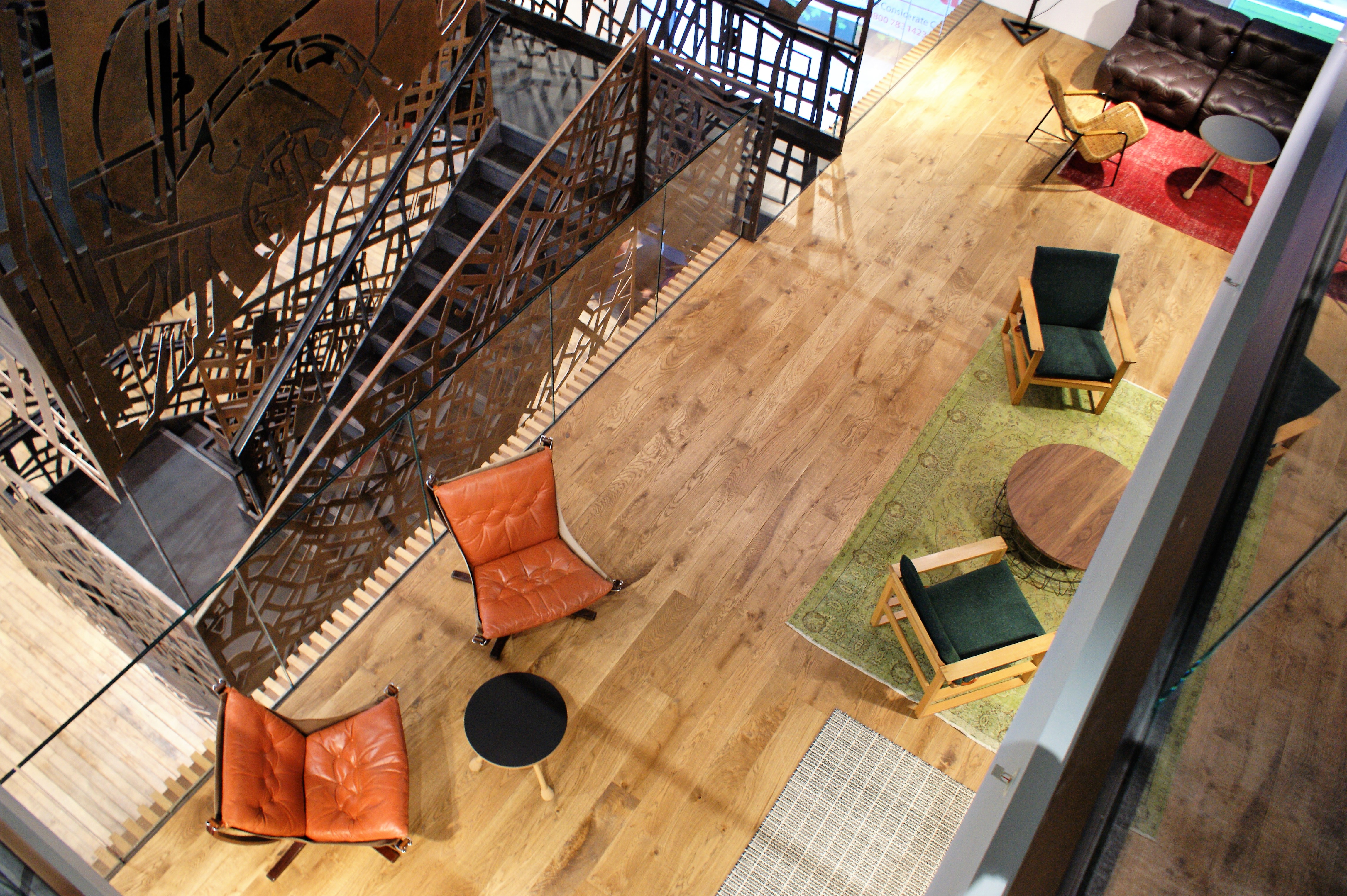 Havas Group engaged with Active Workplace Solutions to relocate over 1400 members of staff across 9 floors in its new building in St. Pancras Square, London.

“The team were highly professional and extremely helpful during the move. They always conducted themselves with extreme efficiency. They were calm and organised under pressure and the support they gave was above and beyond our expectations. I can confidently say if it wasn’t for them we would still be in a complete mess now – a good two months on. On behalf of the company, I’d like to wholeheartedly thank them for their work.”

Request a call back