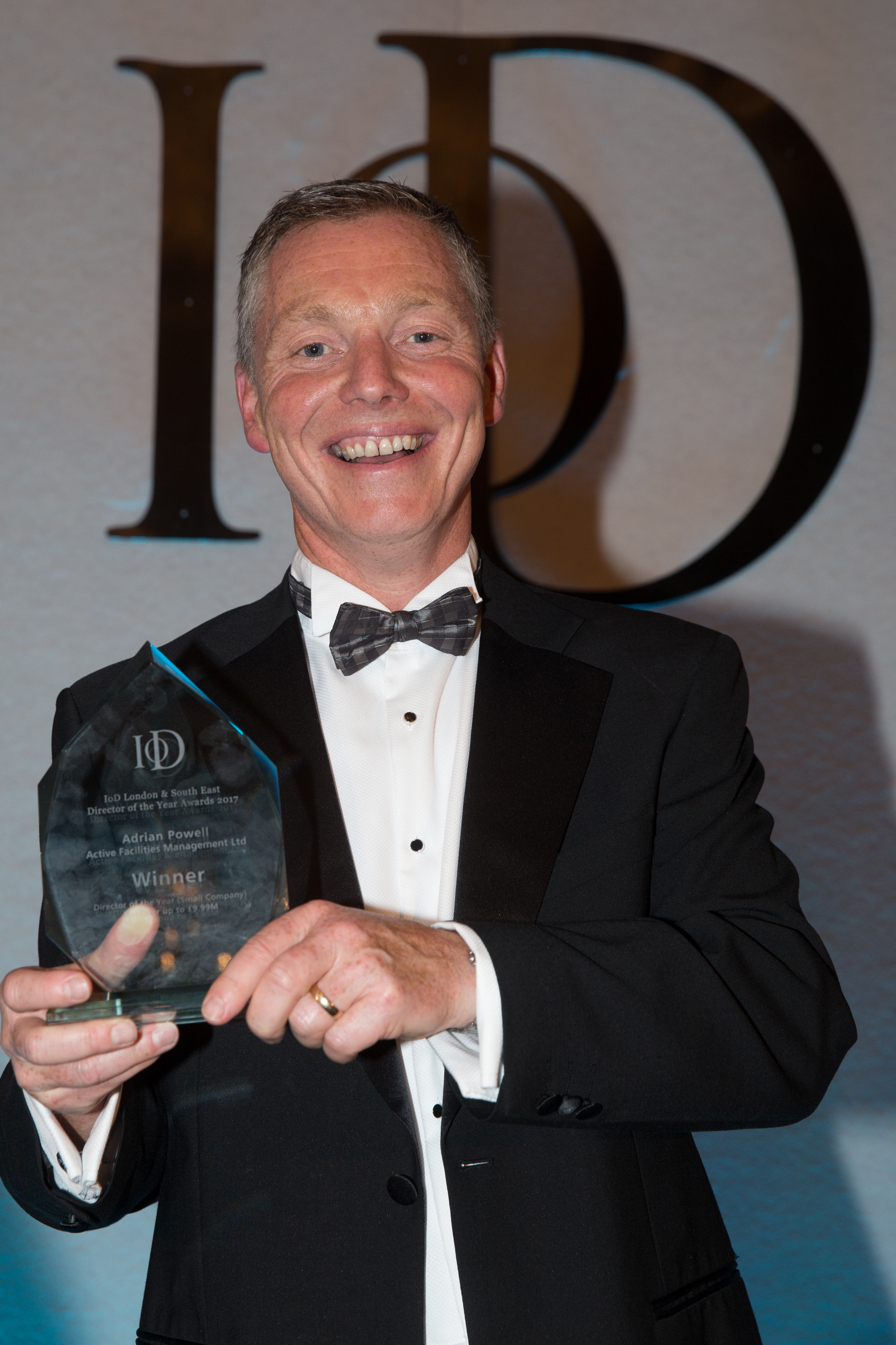 The Institute of Directors (IoD) Director of the Year Awards celebrate the very best in UK business. The awards place particular emphasis on individual excellence and achievement and are open to all directors, members and non-members, from within the private, public and voluntary sectors, across the whole of London and the South East of England.

After first being nominated for the award, just a few months ago, Adrian submitted a range of supportive information demonstrating the strong business and leadership skills he has developed throughout his career.

Starting his career in removals, Adrian was promoted to Branch Manager at the age of just 22. He then continued on to various management roles including Director of one of Europe's largest Commercial Furniture Dealers at the age of 35.

Adrian joined Active as Co-owner and Director in 2007, and has since built a world class team delivering brilliant customer service to many of the UK's leading blue chip companies.

Having recently celebrated 10 years at Active, Adrian has helped grow the company from a turnover of £300,000 to £5M+ pa and a client base of over 200 blue chip companies with a large portfolio of workplace services.

Adrian comments, “Firstly, to be nominated for the award was a lovely surprise. I think that when you're immersed in growing a business you rarely get the opportunity to take a step back and consider what you have achieved and how far you've come. To win and receive recognition from an organisation such as the IOD for my passion, commitment and Active's achievements so far at Active is amazing. Lastly, this award isn't just about what I have achieved, I have a world class team around me and being able to take the award back for them is just fantastic!" – Adrian Powell.

As a winner of the London & South East Awards, Adrian now progresses on to the UK IoD Awards which announces its winners at a Gala Luncheon in September 2017.